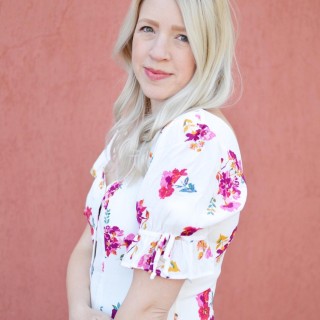 I was never someone who had any interest in whisky, scotch, bourbon, or rye, until one thanksgiving a few years back when my aunt and uncle offered me some caramel flavoured whisky. A couple years passed before I had an itch to try it again, until last fall when I had a random craving for it one day. I headed out to the LCBO on the hunt for it, but couldn’t track it down. One of the staff there asked if I needed help so I inquired about it. Unfortunately, they hadn’t had that in stock for a while, but they did have Crown Royal Maple. I purchased a bottle, and headed home to give it a try. On it’s own, it is pretty good, but still a little strong for me so I decided to try out a few different recipes, and this one is my favourite. The maple flavour pairs so perfectly with hot apple cider!

What you will need:

2 cinnamon sticks (one to cook with, and one for garnish)

Pour the two cups of apple cider into a medium sized pot, turn to low-medium heat. Add the cinnamon stick and cloves, and heat for 4-6 minutes. Remove the cloves and cinnamon stick, and carefully pour the cider into a heat-safe glass. Add the ounce of Crown Royal Maple Whisky. Garnish, and enjoy!

Bonus if you snag a Caramel Apple Crunch cupcake from Dolled Up Cupcakes to go with your cocktail!

Event Planner & Style Blogger, finding affordable fashions for lovers of florals and frills. View all posts by The Em Alexander